It’s amazing to realize that as of next Monday, I’ll officially be six months out post surgery from the Gastric Sleeve.  So, the status update is that I lost another 2.9 pounds. That puts me at 315.2, with my BMI at 45.2. It’s crazy to think that I’ve lost almost twenty percent body fat so far. Yet, I’m almost to the half way mark on this journey.

I’m still seeing my personal trainer two days a week. I’m a bit frustrated because I feel like I should be making better progress with my strength, yet I try to bust my ass every time I go. The heat and work, don’t really seem to help me there. Maybe, I’m not getting enough nutrition to help out?

So far, I’ve started the month on a good note, by getting those 10,000 steps in everyday, except today. I’m trying to take Sunday’s off as my day of rest. I’ll be up to pushing myself again. My current goal is to hit the 300 pound mark, and hopefully before my appointment on the seventy of July. Crazy that it’s the seven month mark.

Summer is here, and I’m sure we’re going to make a trip to the lake, or perhaps the beach or something this summer. Crazier is the fact that my kids have finished another year of school. Kids grow up so fast, it’s crazy. My son made me smile yesterday as he has me as his lock screen. It’s of me doing crunches, and he said that he’s proud of me. There’s a joy in the fact that children find pride in their parents. It makes things worth it.

Moving on to other business: So we’ve gone into pre-production on our next short. We’ve got the location scouted, and are writing up some descriptions for casting calls. We’re also doing some research on props for the said short, being that one prop is the center for one of the character’s motives. This will be going on soon enough, and I’m excited that we’re moving forward again. Plus, we should be moving forward with the conversion of the studio. I bought the first thing that was needed off of the list, and I should have some extras from converting my son’s room for part of the list.

I’ve been organizing my scripts and going through each of them. I’ll have to re-read some of them as that the transferring from one program to another has shifted things a bit. I’ve got like nine different projects going. It’s weird seeing them all as a list on one page, but it reminds me that the creative process is strong with me.

I’m liking the fact that I have other collaborators to work with. It’s great to have new ideas being brought forth. I can’t wait to get into working on them, but again, I do still have several projects going on at the same time, and I know that not all of those ideas have been put on the computer yet. So there will be more to come soon.

I need to start doing more on my CK Project documentary soon. I know that I’m going to be using the things that I’ve used as updates on Facebook, Instagram, Twitter, Tumblr, and I’m going to be utilizing Snapchat a bit more. I just haven’t decided which project I want to use it for, either the motivation or the production company, hell I might do both, but I’m unsure yet.

Here’s some pics from yesterday’s appointment : 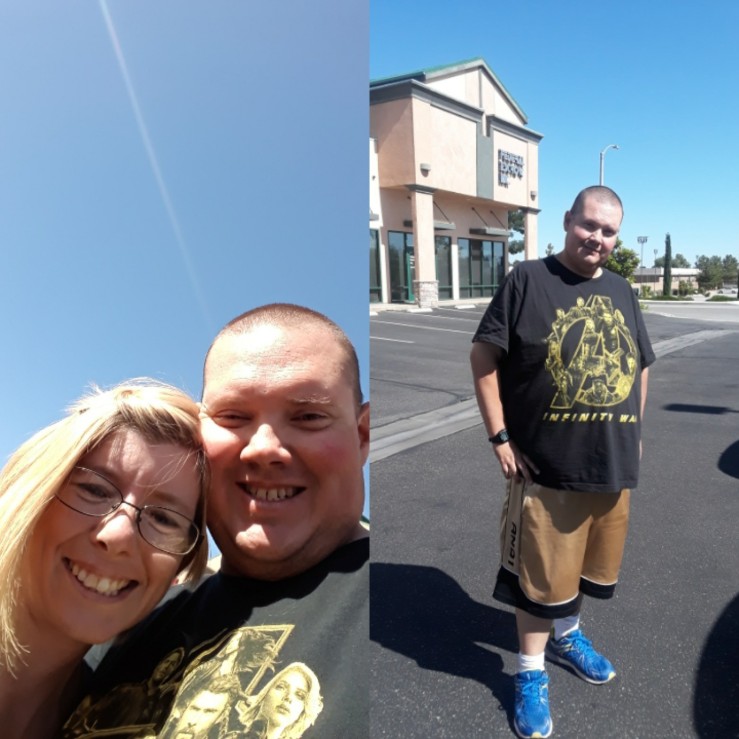 This woman is my biggest supporter, and I don’t think I’d be nearly where I am if it wasn’t for her. I’m noticing the difference in my looks as well. Especially in the picture on the right. Plus my support and I have been together for eighteen years, this year. Her birthday is on Thursday, and she deserves to be celebrated.

Well, the work week is about upon us, so I leave these parting words for everyone. It can be a rough ride to be successful, but remember that all the hard work and patience will be worth it. I can’t think of a time where I have more ups then downs until this point in my life. Remember, don’t let the harsh words of others define you. I know that I spent a majority of my life feeling that way, and feeling less then. I’ve come to a maturity of self acceptance, and self love. This is the director, and that’s a wrap.

P.S. This week, The CK Project on Facebook got more views from people I wasn’t expecting. Thank you for the support, as this journey gets bigger.