I was at my personal training session yesterday. I worked out hard, and pushed myself. As I was walking home, I started to contemplate why I would submit myself to the torture of exercise. There’s times that lazy sounds so much easier and better. There are things that I fight with myself to keep going. I push through the burn, and sometimes it makes me feel nauseous. I find the fat person that I was for so long telling me that I can’t do it…that I should just give up.

Ghosts of the past, that’s what that all is. I’ve spent most of my life being weak. Not just physically, but mentally, spiritually. I never really stood up for myself until I had been pushed over the edge.  Somewhere along the way, I finally had enough of just the skating by in life. After not being there to stand up for myself. I felt trapped in a situation that I didn’t know the way out. I was desperate and I had a strong fight or flight moment. If you’ve been paying attention, then you know I was all about the latter.

The way I resolved to flight was either by running away, or by suicide. I came very close to doing both. Emotionally, I had to find a way to escape the world that I was dealing with. I was tired of getting pushed around…then I did something drastic…

As I had time to contemplate my life, I still wasn’t dealing with the problems at hand. Instead, I was drowning my time in playing video games so that I didn’t have to deal with the world. When I finally got a reality check that I was going to lose my livelihood, I started to make those changes, and prepare for life in a different way. That was the moment that I decided to invest in myself. I decided to go to school, and do something that I was actually interested in, and not just the safe thing. I’m not doing the thing that everyone else says I should. I found myself, and my inner strength.

That was the first step in finding my mental sanity. It’s a struggle when you feel like the worst person in the world, and that you deserve to die because of it, but this was the first step to recovery. From there, as things started to hit some sort of normalcy. I had to make the decision to get my physical health better. Even after the first step, I really didn’t care if I died or not.

It took me a bit longer, but I finally found the courage to do something, and I went and decided to have the weight loss surgery. Eight months after the fact, and I don’t have regrets… There are days that I struggle still, and I’ve had a few bouts of depression and self doubt. It’s getting better, and I’m accomplishing things that I never thought I would. 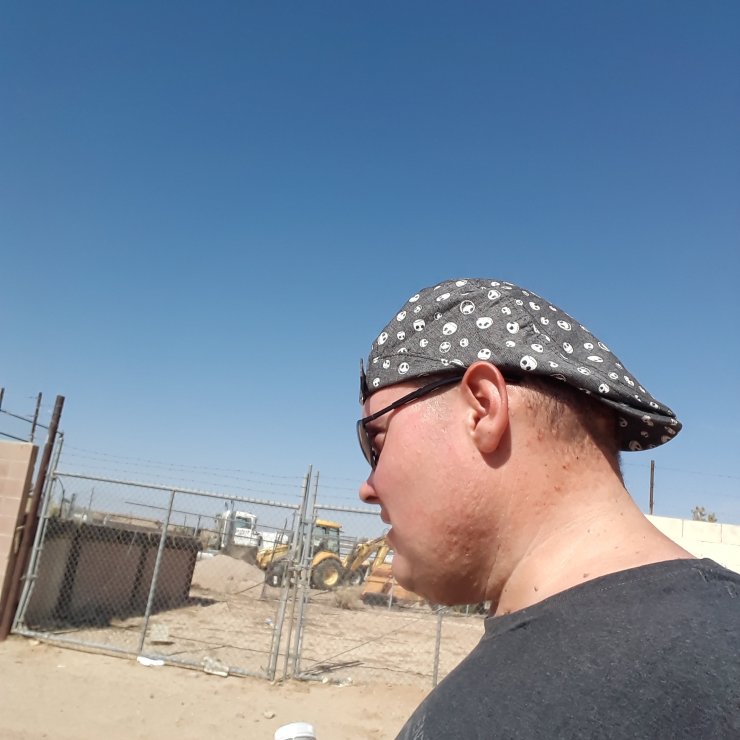 Walking home from my #personaltraining session with Sam Basco. It was a great work out, but sometimes I wonder why I put myself though the physical suffering. Then I remember where I’ve been and I’m now under 300 lbs. I’m a survivor, and I’m becoming a warrior. I’m going to continue until I’m the best version of me. #GastricSleeve#PostOp#WeightLossJourney#walkingmyassoff#personaltraining #10klife#flawlessvictorymma

For the first time in eighteen years, I’m under 300 pounds. I’ve seen my worst, and I don’t ever plan on getting back there. The truth is, I’ve been a survivor my whole life, even without actually thinking about it. With the help of my friend Sam, I’m starting to find that warrior inside, and I like that. I want to be stronger, and I need to keep going. I want to be the best version of myself. Not only for me, but for those around me. I plan on being an example, and I need to be a person of strong character for it.

From this day forth, I’m going to be a warrior that fights to help people who struggle through depression, and other mental health issues. I’m going to help fight people who feel stuck and helpless. I’m thankful for the people who I have around me. I have the best support system in the world that allows me to be stronger than I am at times. This is the director and that’s a wrap.