So for the start of today’s blog, I’m going to educate the populace on what I had done and some of the facts about the procedure. According to the brochure at the doctor’s office, produced by Covidien the technical name for the gastric sleeve that I’ve been talking about over the last two months is the vertical sleeve gastrectomy, or partial gastrectomy. The procedure takes the cutting out of two-thirds of the stomach to make the stomach into a part of tube, or to make it look like a “sleeve”. This procedure also removes the part that produces a hormone called Ghrelin, which is the chemical that controls the cravings for being hungry.

At my highest weight, I was weighing in at 429.9 lbs. and at a hight of five-foot-ten, that put me at a body mass index of 61.7. The requirement is to have a BMI of 35, and I was well above that. I was on the cusp of having bad cholesterol, high blood pressure, and quite frankly, I was a prisoner in my own body(I’m sure I’ve said this a couple of times). 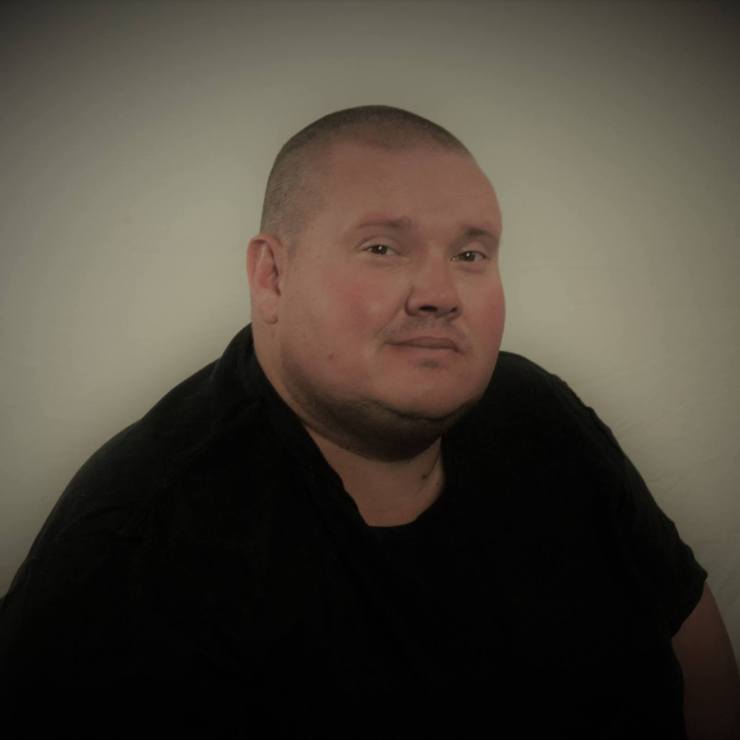 This was what I looked like at my heaviest. The worst part of all of this weight was when I would try to actually exercise, I would hurt. I had bruised my foot on a walk, my knees hurt, and it was just the most difficult thing when I moved. I truly felt that I was trapped in my own body and there wasn’t anything that I felt I could do to help me loose the weight. I was scared that I was going to put myself into an early grave.

I was doing well before I had my breakdown at work in 2013. I was on Weight Watchers and I had lost fifty-six pounds.

I was feeling good at the time, I felt free and with more energy, but then depression took over, and I gained it all back and then some. It was a rough time in my life, and my mind wasn’t right. I felt like I was the most worthless thing and I wanted to die. That actually followed me even when I was able to go back to work.

When I decided to go back to school in 2014, I was trying to change my life around. I didn’t realize for about the first year of school in what I was doing, and it took until about another half-year before I realized that what I needed in life was a better outlook on what life could and would end up being for me.

The first thing I did do, again without realizing the potential of what would come, was I decided that I would be a beacon of positivity. When I left work, there was negative people everywhere and it really helped to bring me down. The decision of being positive wasn’t for anybody else, except myself. I didn’t want to continue to feel worthless, and the new outlook helped me be a better person, not only with myself, but for other’s as well. That is something I continue to, and will continue to do for the rest of my life.

Finding that creative outlet was the best thing for me, I’ve been able to put forward the thoughts and revelations into something tangible, and that’s where things like this blog come in at. It seems like I’m in a constant state of thought, even when it’s at the worst times, like when I’m trying to sleep. Sometimes, it’s that state of restlessness  that helps some of my better ideas come out.

So, bringing this to a more present time period, when I got introduced to the idea of setting up a WordPress website, I decided that I would use the platform to blog. I figured that it would be a good way to share my experience, and hope that the words would find someone who might need to know that there’s other’s who have gone through the same kinds of issues they have, and that there is someone they could reach out too. I also fond it therapeutic for when I go through some of my emotional times. Though I suffer from depression, I don’t look at it as a weakness, but as a strength because I’ve survived the darkest of times. I’ve survived several times throughout my adult life. Now I’m here to help other’s who don’t know if they will make it, or if they just need some support and to be aware that things will get better.

With in the last year, the awareness that I’ve come across was that things were going to get better for me as I worked hard to finish school. I knew that I was setting myself and my family up for better things in life. I’ve been determined to make the best of life. As the months got closer to the end of my schooling, I was more determined to get done, and put what I earned to good use. I’ve been networking and planting the seeds for this better future.

This is from my Pacer app. I went to my two month post operation check up and I weighed in at 360 lbs. It’s been a while there, and since it was out of town, I was determined to explore the city and get my 10,000 steps in today. I’ve got farther than I thought I would, and I’m glad that I have something to help record my progress. I think the most effective part is the fact that I’m obsessed with numbers, and this is a great way to keep track of the movements from my walks.

As I was walking with my wife downtown Lancaster, a thought came too me that I had never considered before- I invested in myself. Wow! I never considered something like that. Sure I’m going to have student loans, and the high cost of my weight loss surgery, but I had invested in myself. Physically, and mentally, I spent the money to help me find myself, and I’ve brought so many people with me for the ride. It took the surgery to help me not feel trapped anymore, and I want to keep pushing to get better. Then the school has helped me find the person that I was meant to be.

I think that’s the secret for people to be successful, and happy…invest in yourself, because the only person who’s going to take care of you in this life is you. You can only grow if you push yourself. That’s a thought to contemplate.

This is the director, Chris Keeling, I’m about seventy pounds lighter, and that’s a wrap.